The Founding of The Township of The Archipelago 1812-2012 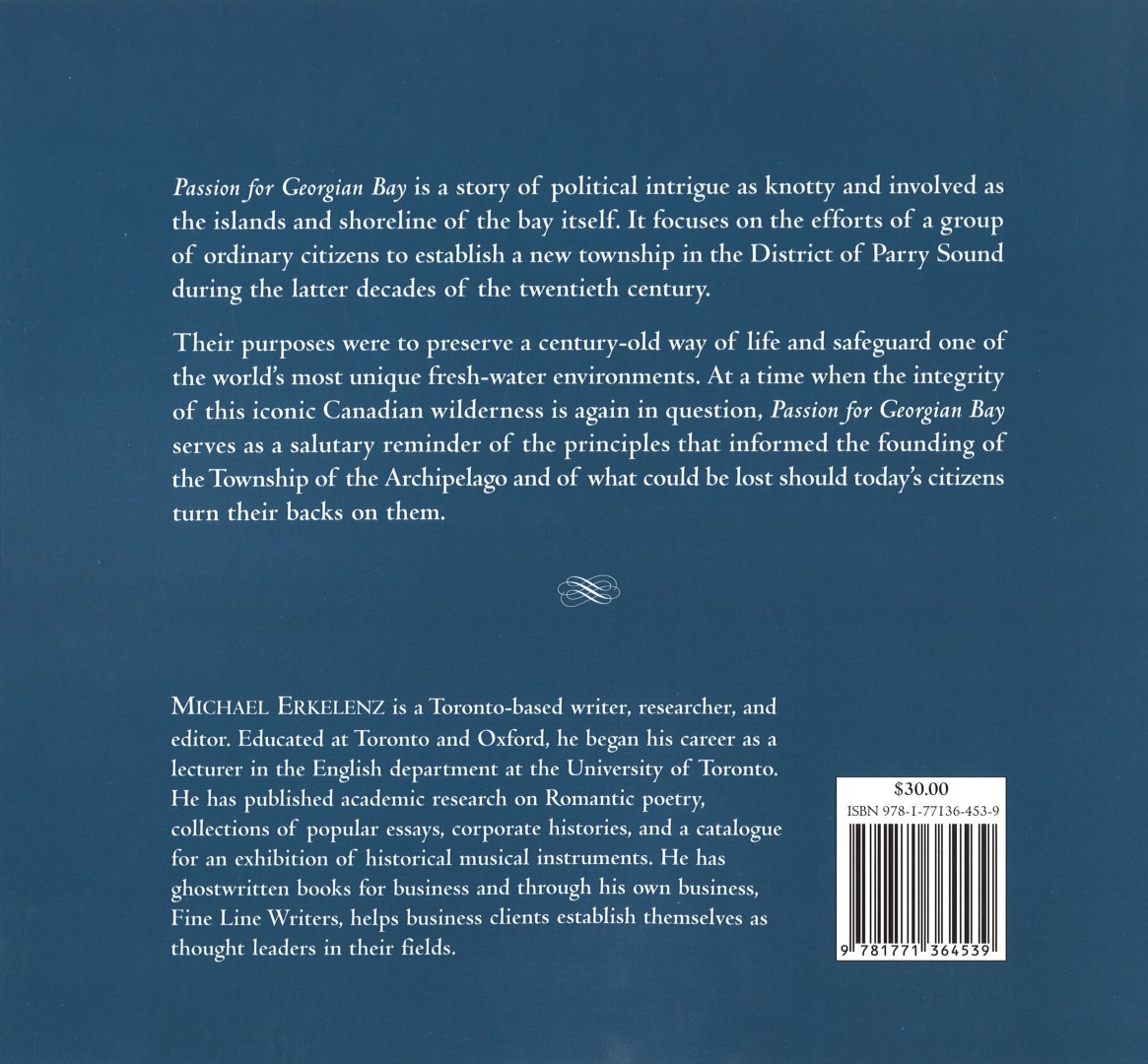 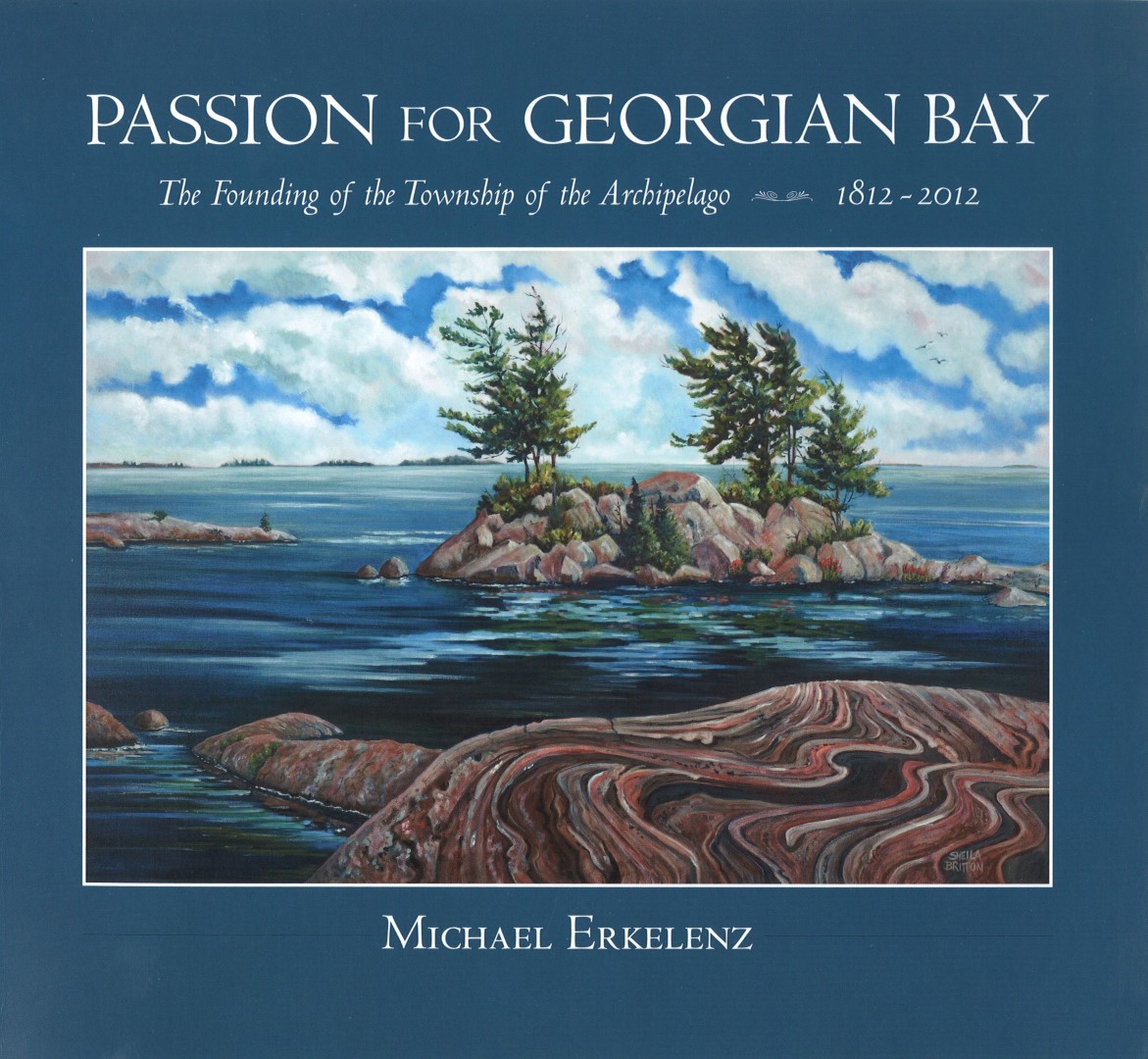 Passion for Georgian Bay chronicles the efforts of a group of ordinary citizens to establish a new township in the District of Parry Sound during the latter decades of the twentieth century. The GBA, led by Tony Ormsby and then Wally King, provided the leadership for this significant accomplishment. Former GBA President and current Life Member Wally King and former GBA Directors Gary French and Tom Martin, volunteered both time and money to ensure this important story has been recorded. Professionally written and containing detailed maps and other interesting documentation, this full colour publication of over 200 pages with some lovely Bay photos is an important addition to your Georgian Bay library.

Please contact the Township Office to obtain a copy.  The book is free to Archipelago residents.  For non-residents, the price is $30.00 and all proceeds of sales will be donated to the Georgian Bay Land Trust.
The book is also available at The Nautical Mind in Toronto and can be ordered online at nauticalmind.com.

Last spring I was contacted by Tom Martin, former GBA Director and lifelong Nares Inlet cottager, to let me know that a new book was about to be published about Georgian Bay and specifically about the founding of the Township of the Archipelago. Tom told me that the development of this book was a collaborative effort between himself, Gary French and Wally King, amongst others. Knowing the passion that these three have for the Bay I knew that we were in store for something special. When the book arrived I was not disappointed!

Passion for Georgian Bay’s author, Michael Erkelenz, has been able to skilfully draw on public and personal archives to craft a book that is both a repository for historical information and a compelling read, even to the uninitiated. The book chronicles the times before and during the formation of the Township of the Archipelago. Erkelenz lays out the political and social landscape that existed on the Bay that triggered a small group of dedicated citizens to contemplate the formation of a new water based Township. He introduces us to the personalities whose combined imaginations, skills and drive would bring the Township into being. And he documents for all time the steps that were taken to create the Township of the Archipelago. It is a tribute to the author and the book development team that the back third of the book is dedicated to appendices that catalogue technical information that might otherwise be trapped in filing cabinets, computer disks or worst, lost to time.

From a GBA perspective, Passion for Georgian Bay and the story behind it, provides a tangible example of how GBA, as an umbrella organization for communities that have common interests on the Bay, can be used a means to an end. There are dozens of mentions of the GBA and personalities attached to the GBA throughout the book and the roles that they played in the formation of the Township of the Archipelago. There is even a reference to the role that GBA and GBA President Wally King had in helping found the Georgian Bay Land Trust 25 years ago.

I would recommend Passion for Georgian Bay to all who have a love for the Bay and an interest in how we arrived at where we are today. There are even lessons and thoughts for those who do not reside in the Archipelago proper as we all struggle with many of the same issues.